With election season here, employers should take a moment to understand voting leave laws, especially since they vary from state to state. 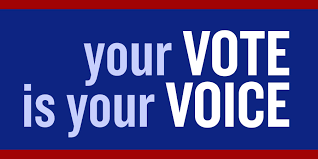 Many employers choose to provide employees with time off to vote when work schedules conflict with polling times. In recent years, however, many states have adopted provisions mandating time off for voting in state or national elections. In fact, the majority of states now have legislation requiring employers to provide time off to vote, and in certain states, this time must be paid.

Perhaps most notable among these are New York and California, which have very specific requirements in addition to pay. New York requires employers to post a notice containing the requirements under the state’s voting leave law, at least 10 working days prior to an election day. The notice must be kept in place until the polls close on Election Day.

California has a very similar provision and, like many other states, permits employers to require that employees provide advance notice when they will need time off in order to vote, and also to require that time off to vote be taken only at the beginning or end of an employee’s shift. Both New York and California cap the amount of paid time that must be provided to employees to vote at two hours, though employers may choose to offer additional paid time.

As an American Citizen, we are privileged in having the right to vote and everyone should vote!

Wear your “I voted” sticker proudly!